I came across an interesting photo of an Alco 0-6-0, working the docks in New Orleans in the late 1930s. The switcher hauled cars from the ships to the yard for MP-TPT at the time. The story (of the engine and the ship in the photo) is this week’s #TrainThursday on NOLA History Guy.

The American Locomotive Company built this 0-6-0 at their Richmond Works in 1907. It arrived in New Orleans somewhere in the 1920s. Bisso Towboat Company (and its successors) owned it for years. The switcher now belongs to the Louisiana Steam Train Association. They’re restoring it.

An 0-6-0 a popular “first engine” for many modelers. It’s a steam loco without a lot of complex parts. So, the price is right. Bachmann sold starter train sets in N-Scale featuring the 0-6-0.

My dad had an 0-6-0 in his HO stuff. I sold it when I decided to do N-Scale. I never forgot that engine, though. The idea of a steam “dockside” switcher always appealed to me. As I learn more about the engines and rolling stock used around New Orleans over the years, it’s easier to make choices on what to buy.

In the world of the Pontchartrain Railroad, preservation is important. PontRR owns the old engine terminal behind Greenwood Cemetery. (In the alternate universe, the terminal still stands.) The railroad plan a museum for the site. The turntable and roundhouse operate as part of the railroad now, but that may change.

The Pontchartrain Railcar Company operates from its shop at the entrance of the old Bernadotte Street Yard. So, the car shop on one side of Canal Boulevard and the engine facility on the other means a lot of movement. PontRR owns a small Plymouth diesel and an SW-1500. A steam switcher fits well with the area. 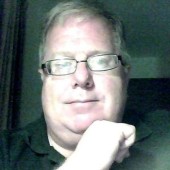